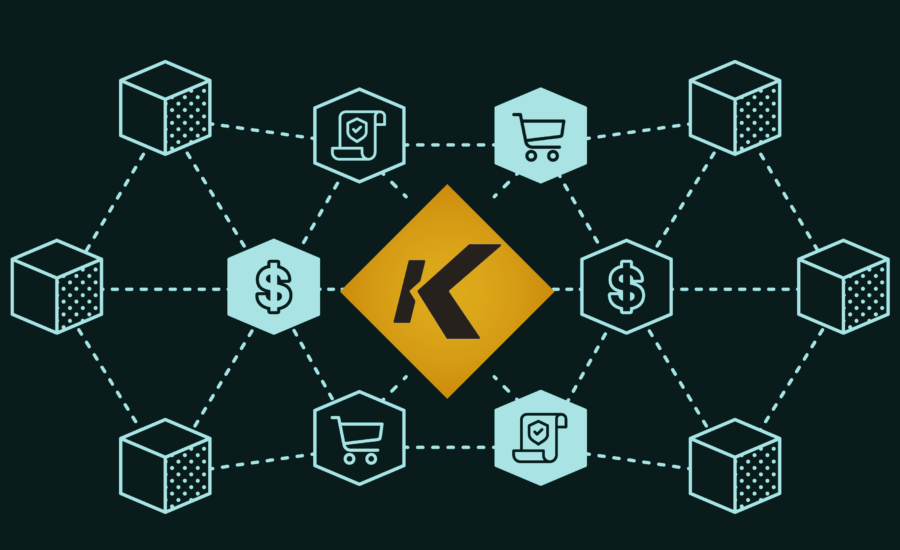 So far, we’ve discussed blockchain technology and the benefits it brings to applications that transfer value. But we made some assumptions about the type of blockchain we’re dealing with when we formed these definitions. In reality, not all blockchains are created equal, and not all of them can provide the same degree of benefit.

As a developer, it’s important to do your research and choose a blockchain that you can rely on for all the properties that a blockchain promises.

In this section we will outline some of the main categories to evaluate against when choosing a blockchain and we’ll explain how KalyChain fares in each of these categories. We are confident that by the end, you’ll determine that the KalyChain blockchain is the best place to build your application!

The proof-of-stake consensus mechanism has recently received a lot of airtime in the context of blockchain scalability issues. Without going into detail about its advantages over Proof-of-Work, Proof-of-Stake eliminates the need to expend a large amount of electrical power to validate blocks. Instead, the blockchain participants with the largest stake in it are selected by an algorithm for the right to validate the blocks. The assumption behind Proof of Stake is this: those who have a stake in a network are incentivized to act in their interest. All things being equal, the more you have at stake, the greater your interest in preserving the system must be.

The great vulnerability of such a concept, however, is the fact that the same size of participation can be valued differently by different actors. For example, take Alice, an early adopter of blockchain technology with a massive portfolio of digital assets, and Bob, a newbie just exploring the emerging token economy. Let’s say they both have the same stake in a hypothetical case of 1,000 KLC each. In isolation, we could assume that Alice and Bob are equally interested in the success of KalyChain. However, we can’t be so sure when we take into consideration his other holdings. If 1,000 KLC is only 1% of Alice’s total wealth, while for Bob it represents almost 50%, her incentives are hard to compare. Alice might care about KalyChain a lot less than Bob, even though they have the same stake. Consequently, her desire for her to act in the interest of the network might not be as strong as Bob’s.

Is there a way to preserve the concept of a bet, with scarcity and measurability of the bet, while ensuring that everyone who places that bet values ​​it similarly, regardless of other circumstances? Proof of authority, an alternative consensus mechanism where the nodes that validate blocks are the ones that have explicit permission to do so, could be an interesting approach to consider. Proof-of-Authority (PoA) is a modified form of Proof-of-Stake (PoS) in which, instead of staking with monetary value, a validator’s identity plays the role of staking. In this context, identity means the correspondence between the personal identification of a validator on the platform with the officially issued documentation for the same person, that is, the certainty that a validator is exactly who that person represents.

At KalyChain Network we implement PoA, but we are not the only ones. Kovan and Rinkeby, the two Ethereum testnets, also use PoA as a consensus mechanism.

As in PoS, in the PoA consensus, identity as a game form is also scarce. But unlike PoS, there is only one identity per person. Unless we delve into criminal matters or psychological complications, most people have only one true identity.

Reframing identity means voluntarily revealing who you are in exchange for the right to validate blocks. This means that the benefits you get from it are public, as are the nefarious actions you might take. The identity put into play can serve as a great equalizer, understood and valued equally by all the actors. People whose identity (and reputation by extension) is at stake in securing a network are encouraged to preserve the network.

We won’t get into the details in this guide, but we highly recommend checking out some of these resources:

Most blockchains these days fall into the general categories of proof-of-stake or proof-of-work.

Simply put, a proof-of-stake blockchain gives users who have more stake (who hold more of the underlying currency in the system) more influence in proposing and validating new blocks, usually through some sort of voting mechanism.

Concept drawing of the voting procedure in proof-of-stake protocols.

In proof-of-work, nodes race to solve a challenging cryptographic puzzle and serve up their solution alongside a new block proposal (this is referred to as “mining” and these nodes are called “miners”). The winner is rewarded with some of the underlying currency of the system and their block becomes part of the chain. 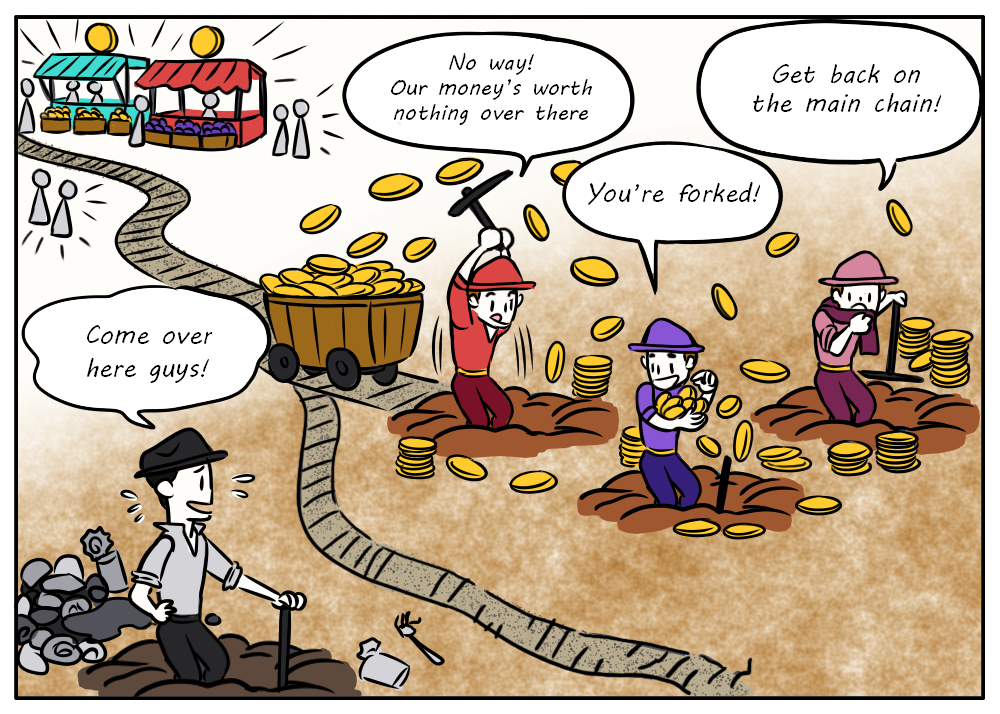 Because proof-of-work requires solving a cryptographic puzzle before anyone else, compute power plays a significant part in the strategy to win. This has led to many debates around energy consumption and its effects on the climate.

Most proof-of-stake protocols, including KalyChain, do not require large amounts of energy to produce a block.

If you hold KLC, you can register to participate in consensus, which means that you will participate in the process of proposing and voting on new blocks.

The KLC also acts as a utility token. When you’re building an application, you need KLC’s to pay transaction fees and to serve as minimum balance deposits if you want to store data on the blockchain. The cost of these fees and minimum balances is very low, fractions of a penny in most cases.

Fees are calculated based on the size of the transaction and a user can choose to augment a fee to help prioritize acceptance into a block when network traffic is high and blocks are consistently full. There is no concept of gas fees on KalyChain.

Kalychain is completely open and permissionless. Anyone, anywhere in the world, who owns KLC can participate in the validation.

Similarly, if all the people who are running nodes are the same company or set of companies then we find ourselves in a similar situation where we aren’t much better off than just having a central database controlled by a select few.

On KalyChain, since the protocol is open and permissionless, nodes can and do exist all over the world.

How do you know that anything that we are telling you here is true? You can check for yourself. All of the code for the core protocol is open source. Anyone can review it and contribute to it.

The speed at which blocks are produced, the amount of transactions that can fit into a block, and when those transactions are considered final are important factors to consider when choosing a blockchain. For KalyChain, performance is and will always be a key focus area for the core development team.

You want to choose a blockchain that can scale and handle high throughput so that your users don’t experience long wait times when interacting with your application.

On KalyChain, blocks are produced every 2 seconds aproximately and can hold up to 25,000 transactions, which results in a throughput of about 7500 transactions per second (7500 TPS).

In proof-of-work blockchains, since forking is a possibility, transactions can’t be considered final until a certain amount of time passes and the likelihood of the transaction being on an orphaned chain is practically zero. This means that the actual throughput of this type of blockchain is caveated by a delay in finality. Downstream processes in an application must take this into account to avoid compounding issues if a transaction ends up being invalid.

As we mentioned earlier, Kalychain does not have forking so transactions are final as soon as they are confirmed in a block. A throughput of 7500TPS then actually means 7500 finalized transactions per second.

Developers can write smart contracts in Solidity a Javascript-like language).

KalyChain has a growing ecosystem of developer tools like IDEs, tools for monitoring, etc.

Explore developer tools from the community

The Kalychain protocol is completely open source, so why can’t anyone just go create a copy and create another Kalychain-like blockchain? Well they absolutely can, but then they’ll have to convince everyone why the new one is better. As we’ve seen, the technology is a critical component to a blockchain, but so is the ecosystem built around it.

KalyChain has some of the best researchers and developers in the world actively developing and improving KalyChain’s core protocol. The KalySsi group invests heavily in strategy around governance and growth of the ecosystem to promote long-term value for all KLC holders. This part is not easy to replicate.

The KalySsi group, a profit organization that launched the KalyChain MainNet, governs the KalyChain network and is committed to continuing to decentralize it and put more decision-making into the hands of the KalyChain community at large.

KalyChain checks all the boxes to ensure efficiency, transparency/trust, and low costs. 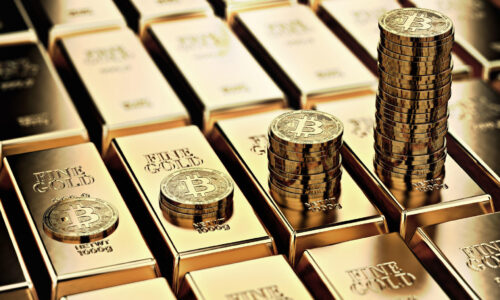 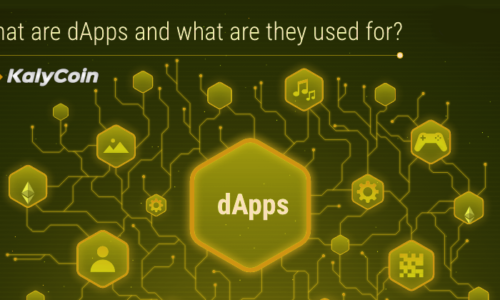 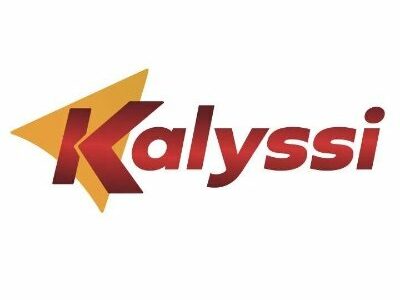